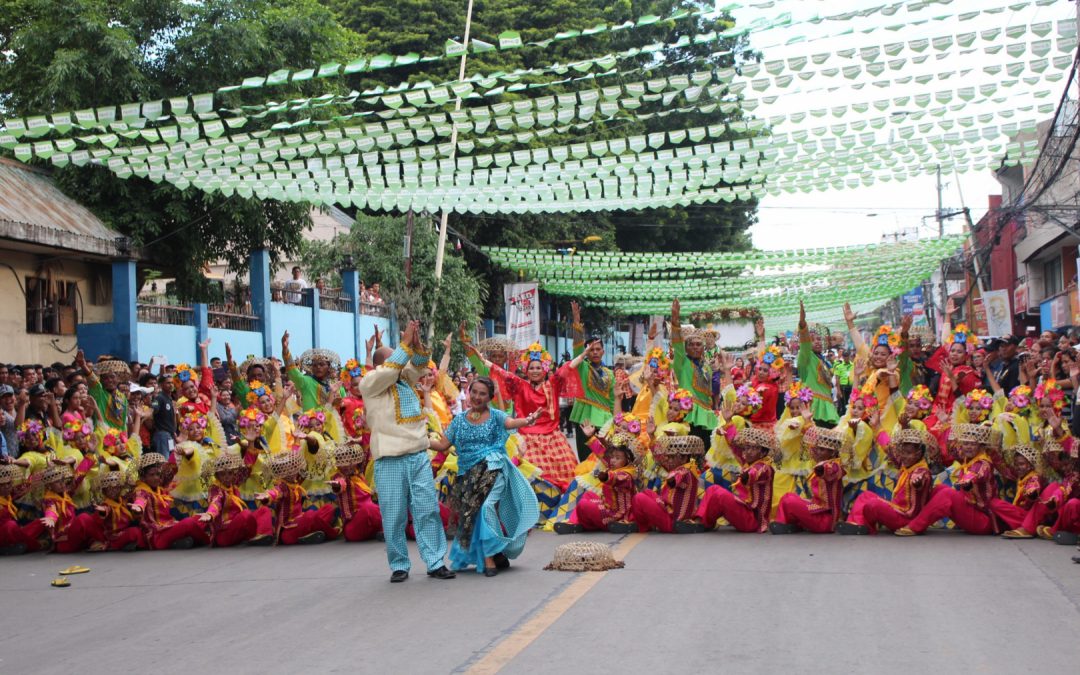 The Sandugo Festival is a historical event that takes place yearly in the island of Bohol. Otherwise known as the Bohol Sandugo Celebration or the Blood Compact Commemoration, this festival commemorates the treaty of friendship of Miguel Lopez de Legaspi and Datu Sikatuna; two people of different race and creed. Captain General Miguel Lopez de Legaspi led the expedition that represented the King of Spain and Datu Sikatuna was a native Boholano chieftain.

The Blood Compact or Sandugo occurred on March 16, 1565 when Legaspi and Sikatuna entered into a native ritual of both shedding blood (“dugo” in the Visayan dialect) into a cup and then drinking the contents thereof. Henceforth the Boholanos celebrated this special event although not as consistently as being done now. Before, there were celebrations but they were not that big and did not catch the fancy of foreign guests. There were times when the event was clearly forgotten.

During the incumbency of Mr. Constancio Chatto Torralba as Provincial Governor of Bohol, from April 1975 to June 1992, the festival was given much attention and ever since gained impetus. Convinced of the importance of this historical event, Governor Torralba anointed the Sandugo Project and appointed Mr. Loy M. Palapos as Chairman.

The first Sandugo celebration was a success given limited time of preparation and the succeeding years witnessed its growth. Succeeding government officials promoted the project and supported its implementation. Eventually, it gained recognition not only in the province but nationwide and even abroad.

Now, this month-long celebration includes Trade-Agri Food Fair, nightly entertainment, and search for Miss Bohol Sandugo, Sandugo Punchfest, and the street parade with a street dancing competition and the re-enactment of the Blood Compact. Aside from that, church services are held, grand fireworks are displayed for all to see, and the parade involves colourful costumes and loud drum beats, cockfighting and sports tournaments.

The main highlights of the Sandugo Festival are the street parade followed by a street dancing competition and then the re-enactment of the Blood Compact. The street parade and subsequent competition is participated in by different high schools in Tagbilaran, including entries from Local Government Units (LGUs) or municipalities as well as guests from other cities and provinces.

Well decorated floats grace the parade and one of them usually carries the winners of the Miss Bohol Sandugo Pageant. Other floats are from the business sector and associations. On foot are the local officials and the police force. Each of the street dancing participants has choreographed dance patterns executed with the accompaniment of xylophones, drums, and trumpets. Costumes are bright and colourful including gadgets and paraphernalia such as banners and flags.

At first, this annual celebration was held in the month of March but has been moved to July to coincide with the celebration of the Tagbilaran Charter Day on July 1 and the Bohol Day that falls on July 22. It was also deemed proper to be celebrated in the month of July to coincide with the TBTK (Tigum Bol-anon Tibuok Kalibutan). The TBTK is a gathering of Boholanos from all over the world in Tagbilaran City which was earlier agreed upon to fall on this month. The concept is to hit three birds with one stone in one big month-long celebration.

The gathering of these big events under the month of July assures the province of hordes of visitors since hundreds and thousands of Boholanos, and now non-Boholanos as well, gather to witness the celebrations. Also many take part in the various competitions, search, parades and tournaments.

During this month and even up to August, Tagbilaran City is a hive of activity. Businesses prosper and the tourism industry reaches its highest peak with the influx of local and foreign visitors. The business sector, such as malls and department stores, adds to the festive spirit by lively decors and music in their establishments while competing in giving out the best sales pitch to the consuming public.

Local inventions and products find an outlet in the Trade-Agri Food Fair, showcasing the innovativeness and exceptional handiwork of Boholanos. Likewise, the fair gives the poor local folks the opportunity to establish a business of their own when demand for these products slowly gain momentum.

With the whole province participating in, this festival is now not only for historical purposes but for the enhancement of the living standards of each and every Boholano. Preparations may be excessive and very expensive yet the whole affair brings in the bucks, so to speak. Many foreign guests are lured to witness the festival and even to participate in some events. Reunions, which usually involve fund raising activities, bring in investments and much improvement of the Bohol skyline. From a sleepy sand unobtrusive province, Bohol has now become one of the top destinations of the country.