The festival institutionalizes the ubi crop as the agro-historical geographical-religious symbol of Bohol, giving the ubi the recognition it rightfully deserves in the market. The festival features an exhibit, ubi contest, an agri-business investment opportunities seminar, and a cultural show. 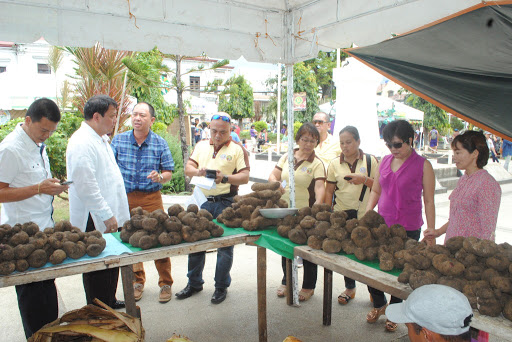 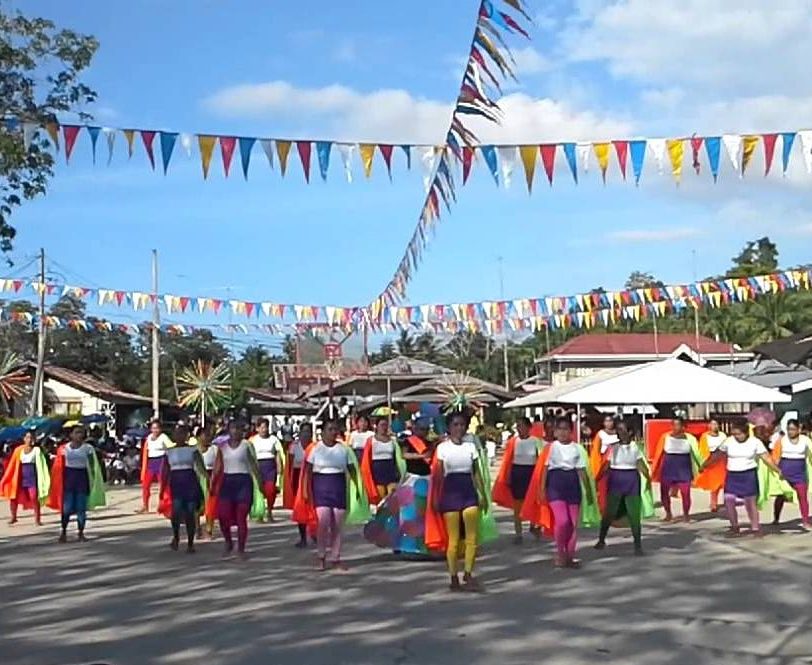 Started almost 20 years ago as a way of veneration of and thanksgiving to the Holy Child, this festival is a prelude to the May 25 fiesta of the barangay. The main feature of Kasadyaan is a street dancing competition participated in by its five traditional household clusters, namely, Inang-angan, Kabaybayunan, Tulay, Wawog and Tubig-Loon. In recent years, the participants have been grouped by “purok”. After the street dancing, the participants perform a tableau, which is also part of the competition. A “sinulog” to the Santo Niño culminates the celebration.

The Pandayan Festival is held at Barangay Lonoy, Jagna to celebrate the canonical erection or the parochial anniversary of St. Joseph the Worker Parish. All eight upland barangays of Jagna which is under the parochial jurisdiction of the Parish participates in the activities. Activities include a nine-day novena in honor of the patron saint, a procession of the image of St. Joseph the Worker, Carpentry and Handicrafts Fair, an inter – barangay basketball tournament and last but not least, the street dancing competition. 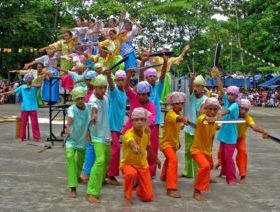 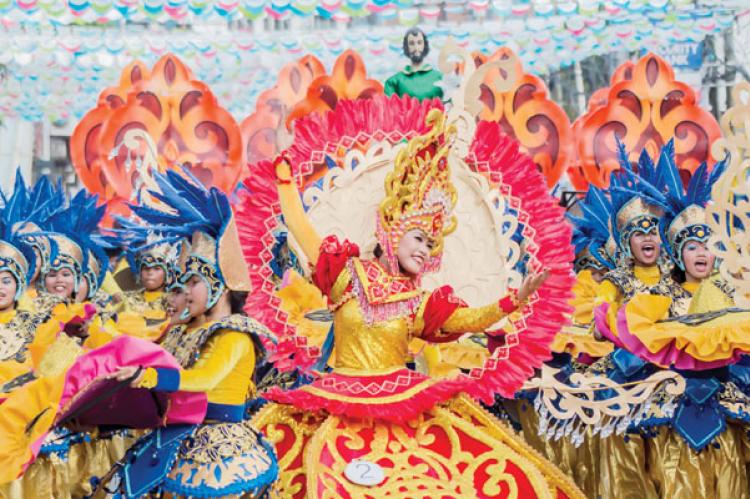 The feast of Saint Joseph, patron saint of Tagbilaran City, starts the month-long fiestas in Bohol.

The Tanda Festival is an annual festival held in May at the town of Tubigon, Bohol in honor of its patron saint, Sr. San Isidro Labrador. Tanda is a unique local Tubigon name which means “short visit”. Tanda Festival highlights three major events namely; Bulong-Imang Streetdancing and Showdown, Anyag sa Tubigon Beauty Pageant, and Agro-Technological Fair. Bulong-Imang, derived from the rhythmic sound pattern of the drums and gong used in dancing, is a dance of praise and thanksgiving to Sr. San Isidro Labrador.It is held in Holy Cross Academy open field. The Anyag sa Tubigon, features the beauty and wit of Tubigon’s pride ladies in a beauty pageant. And lastly, the Agro-Technological Fair is a display and exhibit of the bountiful harvest of the mountains, farmlands, and the shores of Tubigon set against the backdrop of trading and commerce. The Tanda festival highlights Tubigon’s legacy: from the town’s natural and historical treasures to its culture and history being celebrated in the unique Tubiganon way. The festival highlights the following:Bulong-Imang Streetdancing Competition, Anyag sa Tubigon, Agro-Technological Fair, Bangkarera, Sambunot sa Awit and, Lambay Jam. 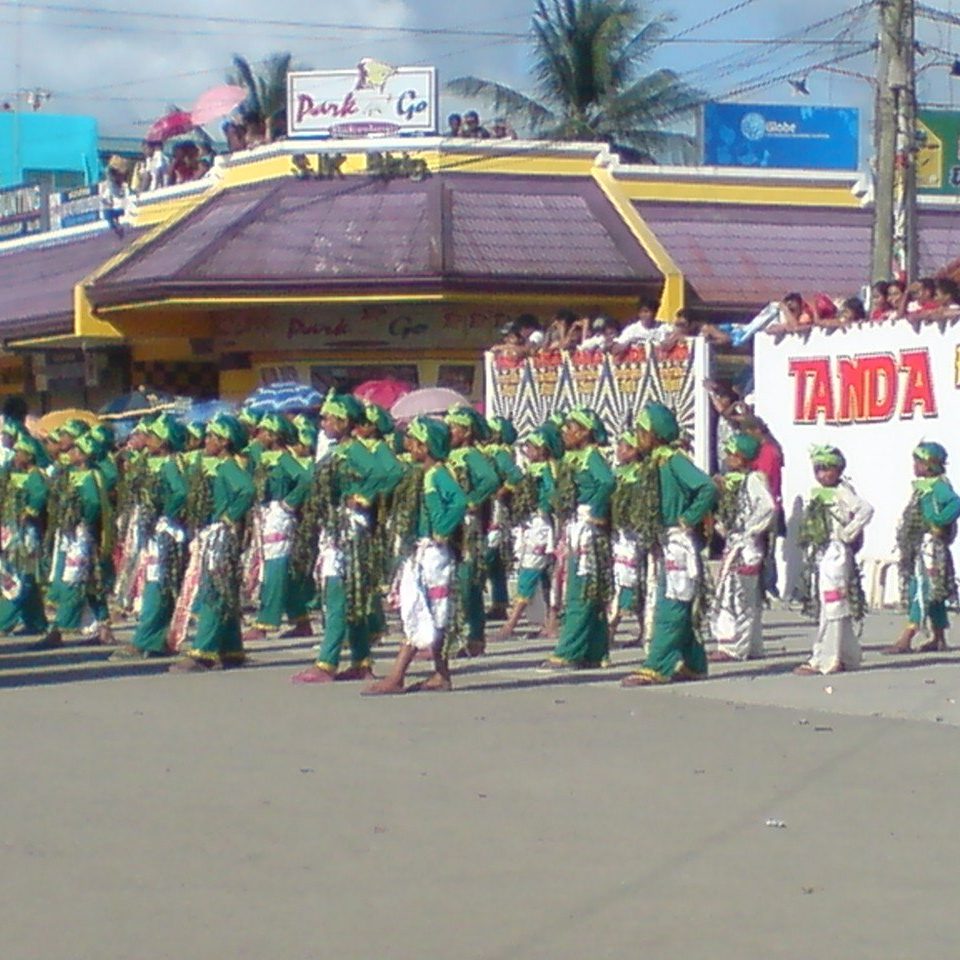 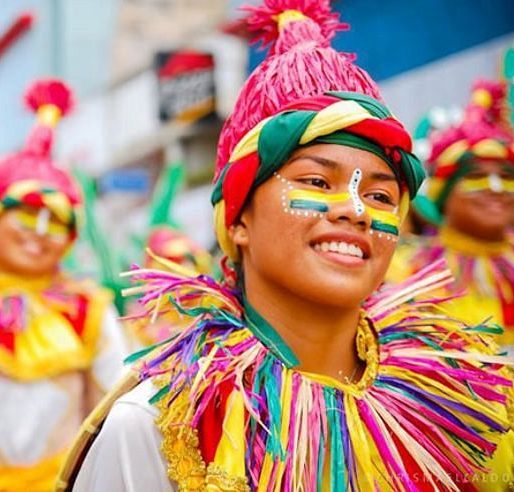 “Bolibong Kingking!”—sounds like some hollow barrels being struck hard on their covers and metal utensils being clashed together. Exactly. Bolibong Kingking Festival is a local religious musical fair in Loboc, Bohol where drums and gongs are played in rhythm. But the drum and gong musical is not just a crowd attraction during the fiesta. It actually reminds Lobocanos of their faith, history, traditions, and folklore each year they celebrate the occasion. The colorful Bolibong Kingking Festival is held on May 23-24 annually. Drums and gongs playing is accompanied by a symbolic dance ritual mirroring the people’s belief in their patron called Our Lady of Guadalupe. Aside from the Bolibong Kingking Festival, Loboc is famous for its inclination to music. The town is world famous for its children’s choir which won recognition in Barcelona, Spain. In fact, it is the musical capital of the province. From the Tagbilaran Airport Loboc is some 10 miles away. If we head south from the airport passing by Tagbilaran City, Dauis, Albuquerque, and Loay, we turn left on the road straight to Loboc. It’s some 40-minute drive all the way.

Sinugboan Festival is celebrated every May 27 in the municipality of Garcia Hernandez. Sinugboan is a term closely related to the Cebuano word sugbo meaning to wallow. The use of the vernacular past tense “sinugbo” denotes an event of historical import. The festival highlights the town’s annual commemoration of her foundation day. Activities include agro-industrial fair, recognition program for achievers, various games and street dancing competition where the storyline focuses on the creation and establishment of Garcia-Hernandez. 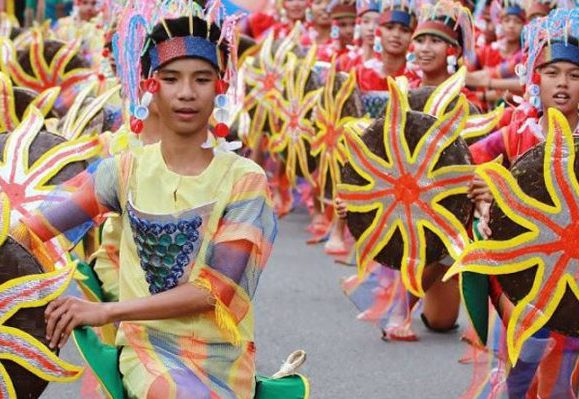 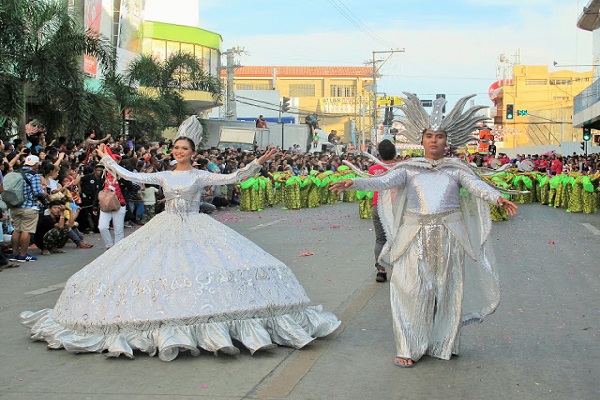 Whole month of May

A hallmark of Bohol, this is when a fiesta is celebrated by a town or a barrio each day for the whole month of May in honor of its patron saint. Fiestas are characterized by plenty of food and merriment. 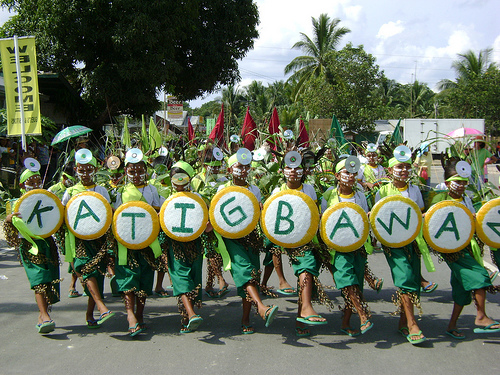 What distinguishes Catigbian from other towns is its annual festival, the Katigbawan. A week-long festival comprising various activities like carabao-racing, hog-catching, agrofair, motorcross and a search for Miss Katigbawan. This affair happens only in June.

The culture and traditions of the people of San Isidro are displayed. The festival is a great means for the promotion of tourism, of ecological and agricultural pursuits, the enhancement of folk beliefs and of the natural environment. The festival comprises a street-dancing and a showdown. Showcases of organic farm products from the different barangays of the town are also displayed. 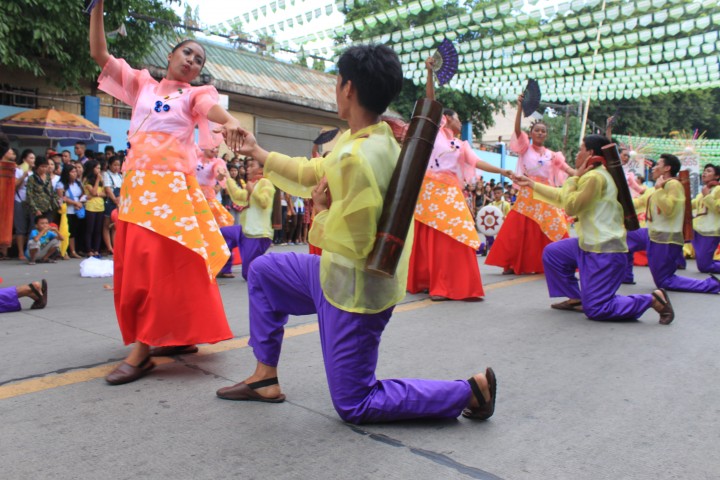 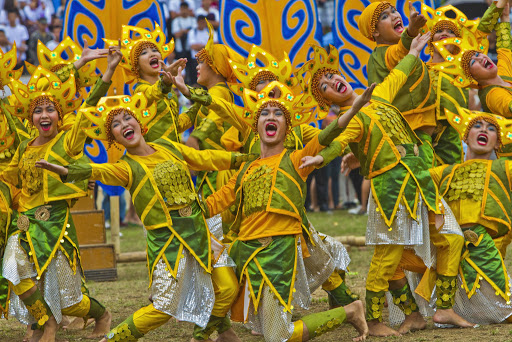 This annual festival of the province commemorates the sandugo or blood compact between Datu Sikatuna and Miguel López de Legazpi. The highlights of the festival are agro-industrial fair, cultural and historical showcase, sports events, a beauty pageant, balls and dances, entertainment shows, and streetdancing which culminate with the re-enactment of the blood compact or Sandugo between Datu Sikatuna and Don Miguel López de Legazpi.

This summons all Boholanos from all over the world to gather and the name for such a grand event. This annual gathering of the locals coincides with the Sandugo Celebration in July. 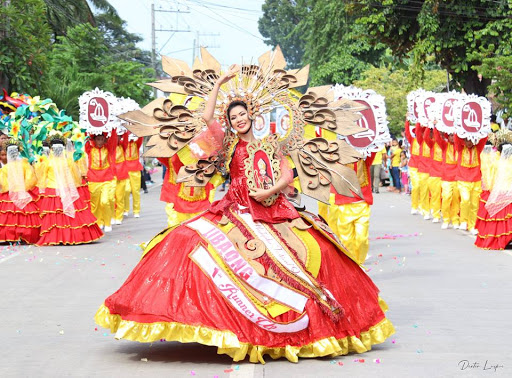 The Hudyaka sa Panglao takes place on August 28 every year in the grounds of its parish church. The ten barangays of the municipality compete fiercely with each other to see which is the best of the best. Its own dance festival brings back ex-Panglao residents from all over the world, and instead of making a day of it, the music and dance lovers of Panglao try and make a whole week of it…and more. Actually, they take nine days and the whole town has a festive atmosphere with parties all over the place.

SidlaKasilak or Festival of Lights

This annual festival of lights honors the “Birhen sa Kasilak” (Our Lady of Light), patroness of Loon. It also expresses the enduring qualities of the town. The Visayan words “sidlak” (rise) and “silak” (shine) best describe the character of Loonanons as they conquer life’s adversities and make the best out of their inherent talents and capabilities. The various sectors of the community mount sociocultural activities during the ten-day celebration that starts on August 30 until September 8. Highlighting the festival is a fluvial procession followed by street dancing and dance of lights competitions. Other contests, all requiring the use of light, are also mounted. SidlaKasilak was inspired by past religious processions in Loon when the faithful would light candles in colorful hand-held lanterns or “parow”, the local version of the “parol”. 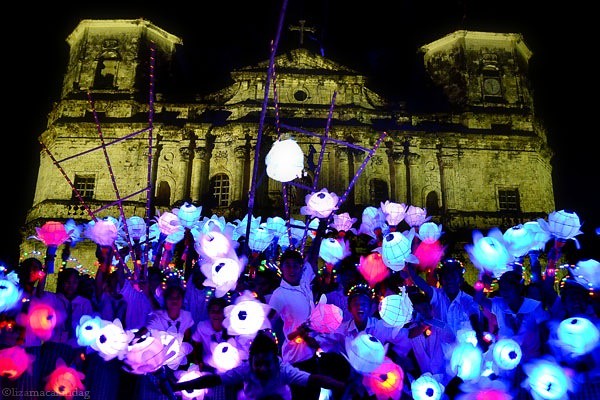 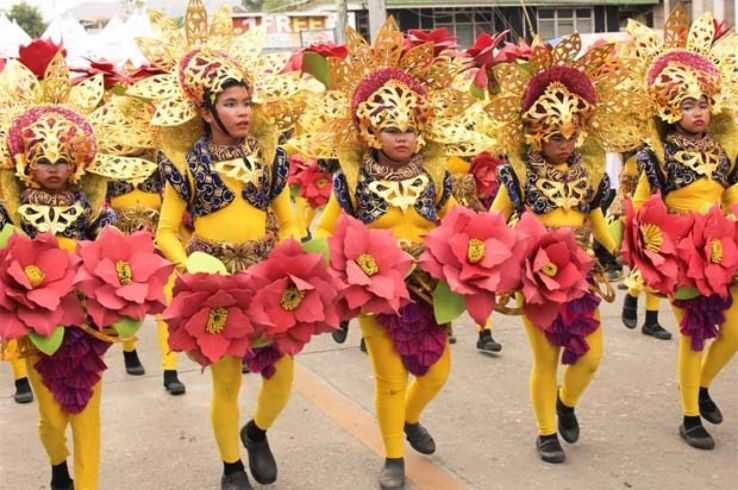 The Sinu-og Estokada Festival is celebrated at the town of Jagna in honor of their patron saint, Saint Michael the Archangel where two groups, one coming from barangay Mayana and the other from Cabungaan, perform a native war dance during the vesper procession and also during the morning fluvial procession on the feast day itself which falls on September 29. The native war dance is performed with the accompaniment of a drum depicting the battle between the early Jagnaanon Christians and the invading Muslims from Mindanao.

See SidlaKasilak or Festival of Lights 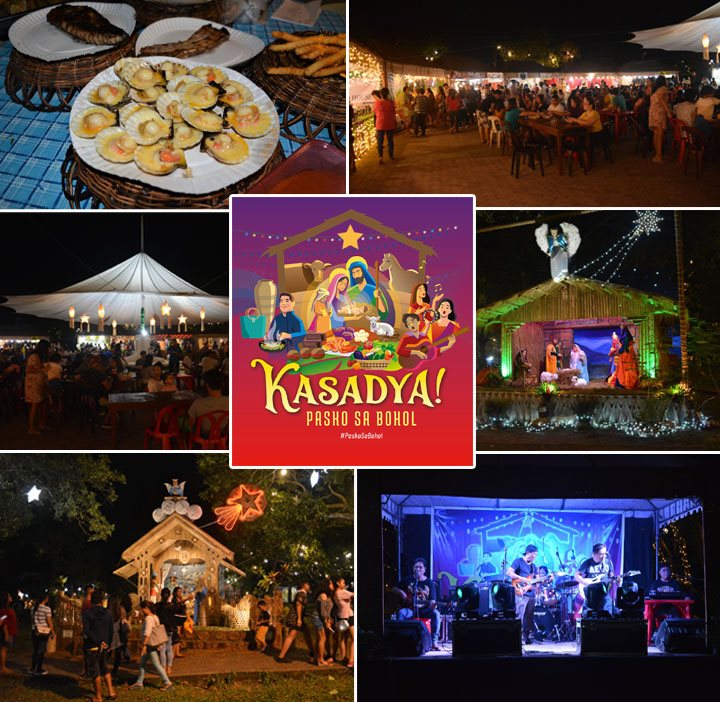 KASADYA! Pasko sa Bohol is a celebration of the happiest event in Christian world with a local twist. It is a showcase of the richness of Boholano Culture, traditions and heritage.

The festival is celebrated in honor of Loay town’s second patron, St. Francis Xavier. Colorful activities are lined up, like the agro-industrial fair, group masked street dancing, drum and bugle competition, boat racing along the river, and many more. The event is highlighted by a fluvial parade of the image along the river. (first Saturday of December) The festival is in honor of St. Francis Xavier. 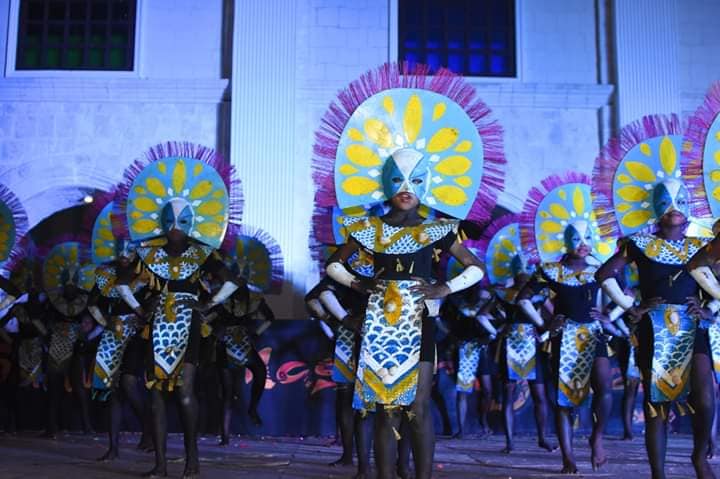 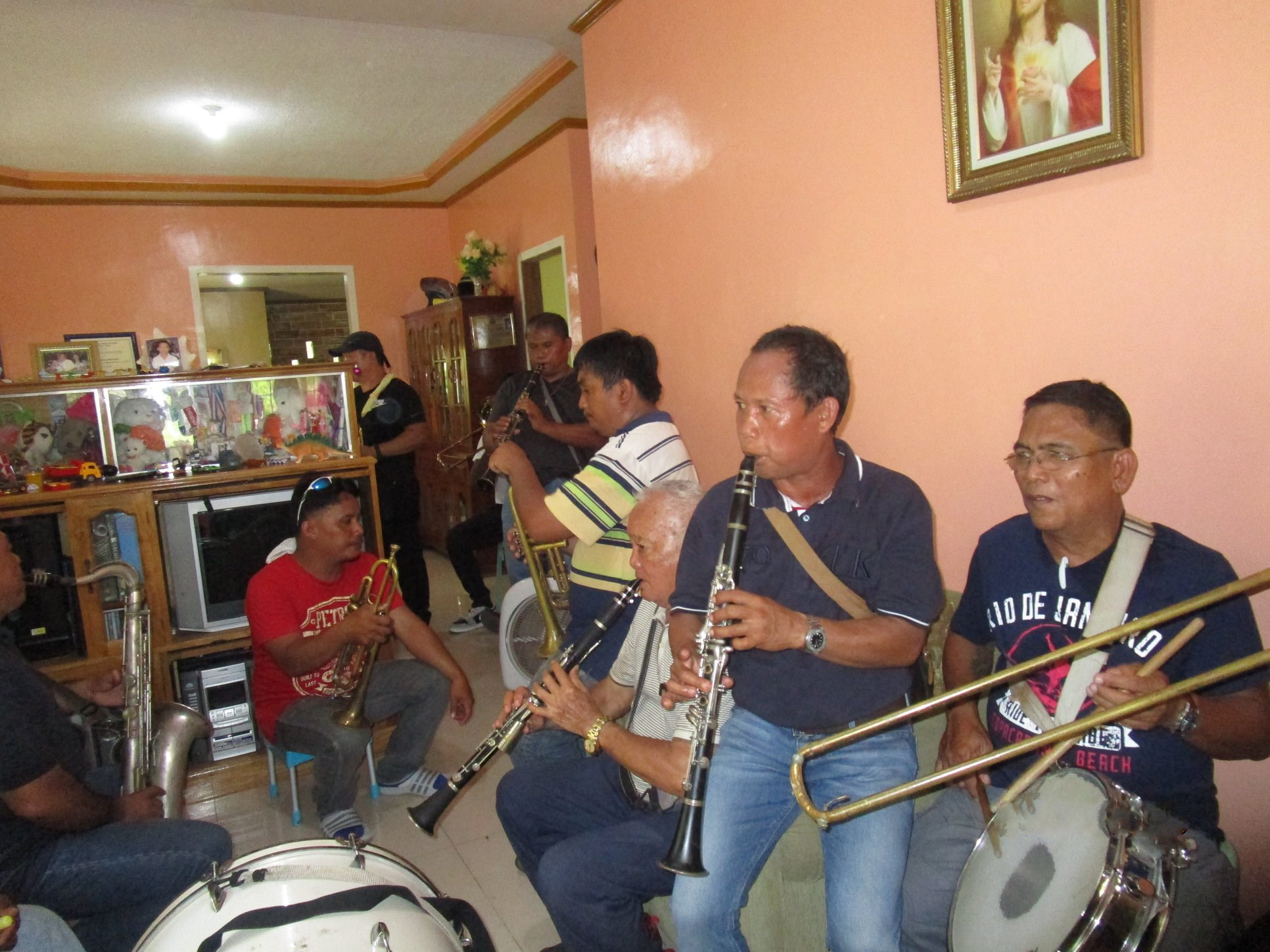 This is a festival of food and Christmas songs. This is when the town musicians of Loboc cover daily the assigned areas to partake of the food served by the host and to play music to the tune of Kuradang, Dalaga sa Baybayon, and others.